Monday Review by the Book Dragon: Drama and suspense in this YA contemporary 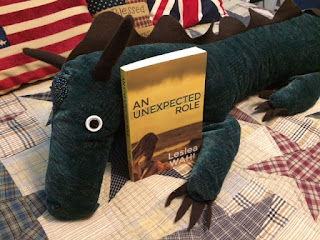 The Book Dragon has read An Unexpected Role by Leslea Wahl and gives it 5 claws!

Posted by Katy Huth Jones at 11:15 AM No comments: 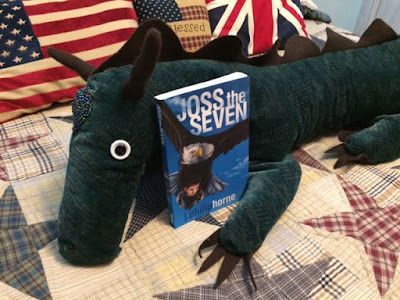 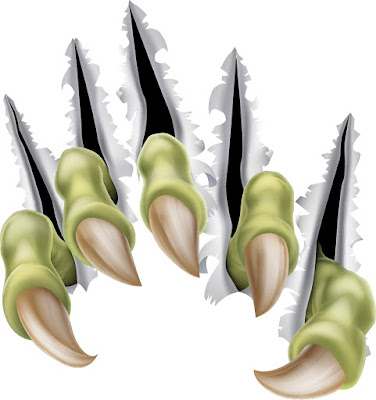 My five star review: "I've been wanting to read this for a while because of the striking cover. I normally don't like superhero stories, but this one was un-put-downable! The characters were all well-rounded, the situation interesting, and the plot had more twists than the tangled strings of my dragon kite! I put aside my own writing for two days to finish this well-written, suspenseful story. The scene that inspired the cover feels so real, my stomach actually twisted in empathy! Though the main characters are young teens, anyone who enjoys action and adventure with a superhero twist will find this story a delight!" 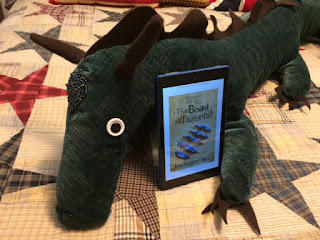 The Book Dragon has finished The Beast of Talesend (Beaumont and Beasley #1) by Kyle Robert Shultz and gives it five claws!

My 5 star review: "I had no idea what to expect with this book, but the author's compelling voice sucked me into the story from the first page and didn't let go until the end. I admire those who can write humor, and though this story is often dark and deadly, the humor, from tongue-in-cheek to slapstick, takes the reader on a wild and crazy theme park ride! The main characters feel like real people, the cynical storybook/late Victorian setting is fascinating, and the situation unfolds like a complex origami steampunk piece. I was actually sad when I saw I was almost to the end. Though this first book wraps up at a nice stopping place, there is definitely MORE to this story, and I look forward to reading it!"

Monday Review by the Book Dragon: Exciting second installment in this gaslamp fantasy! 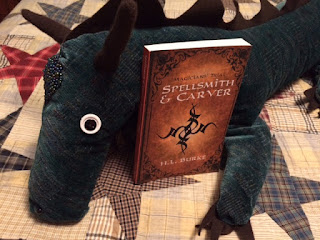 My 5 star review: "Having read the first in this series, I had connected with the main characters and wanted to continue their story. This installment is even better than the first one! The characters are more loveable than ever, Jaspyr the mechanical fox has a much bigger role, and there are some great villains that make things nail-bitingly anxious for the good guys. Quirky and fun new characters have been introduced, and the world feels amazingly real! Things are not fully resolved, so there is definitely more coming. I can't wait! This is a must-read series for fantasy and steampunk fans!"

Blooming where I've been planted 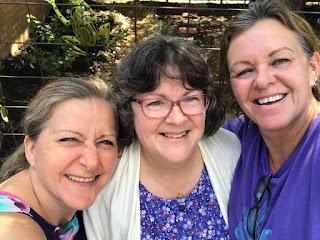 I've survived cancer twice in the last thirteen years, but I think the last year has been even more stressful, soul-rending, and life-changing. It began on September 12, 2016 when my mother unexpectedly died one day before my husband, sister, and I were going to take her back to Hawaii, the place of her happiest memories when my Dad was stationed there in the sixties. From then until January I was immersed in the strange new world of probate law and estate matters as her executor. I had just closed on the family home when my husband unexpectedly lost his job after almost 24 years and we had to get past the shock to find another job.

Finding a job is not the same as it was 24 years ago. His profession did not require a bachelor's degree 35 years ago, and so 99% of online applications wouldn't even glance at his depth of knowledge and experience because he couldn't check that BA box! He was offered a job with the City of Fort Worth, and he accepted even though it would pay half what he was making before. So he moved here while I readied the house to sell, and unexpectedly it sold the FIRST DAY with a bidding war! Now we had to scramble to find a house that his Dad could live in (he'd been with us for almost 3 years and had his own "in-law apartment" attached to the house).

We found what we thought was a suitable house and paid a lot of $$ to make it safe and move-in-able for Dad only to discover the inspector missed the rat-infested attic and other nasty stuff. We also had to find a nearby nursing home for my husband's 95 year old aunt, for whom we have medical power of attorney too. TOO MUCH IN A VERY SHORT TIME!

We managed to get it done, but I was a wreck, physically, mentally, emotionally, and even spiritually. The stress of leaving our home and long-time friends in a small town which we dearly loved and in which we had planned to retire, die, and be buried coupled with the stress of moving to a totally unfamiliar place in a large city caused several weird health issues which I am still dealing with.

My precious sisters had a solution, the most touching gift I have ever received. Our yard was a disaster, the result of years of neglect, and I didn't have the energy to even think about a garden in the barren little corner that is my new "back yard" (leaving our beautifully landscaped one in our old town). Look what they did in one day: 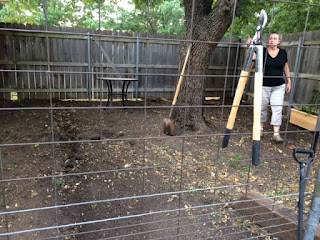 This is the "before" picture, which is actually after they raked up all the small branches and leaves and pulled up a rotted railroad tie. 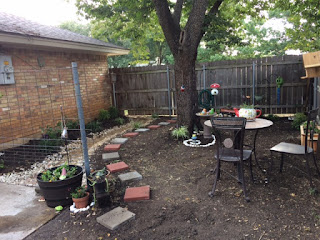 My youngest sister dug a trench to make a "dry creek bed" for drainage, since heavy rain causes a lake to form in that corner. They planted easy-to-care-for shrubs and flowering plants, added stepping stones to the gate, and moved our little table and chairs so we could actually use them! 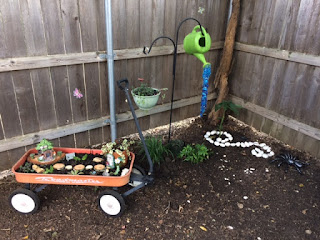 They took our Mom's little wagon she used for yard work, drilled holes for drainage, and planted a fairy garden in it! 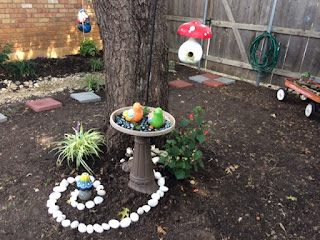 Now Mom's old bird bath is a little planter, too. And there are little treasures to be found in all the corners and crannies, like a fairy door to the tree, fossils, crystals, and other pretty rocks my youngest sister found on her journeys to other states, a gourd bird house my middle sister made, and a planter her husband built.

To me, this whimsical, peaceful garden represents the journey this poor old shriveled plant has made, being uprooted after 24 years and transplanted, nearly succumbing to the stress of relocation but instead coming back to life.

Thanks, Christine and Allison! I love you a bushel and a peck and a hug around the neck!
Posted by Katy Huth Jones at 6:21 AM 2 comments: