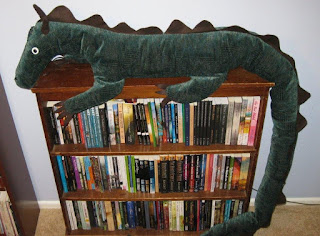 2017 was not a good year for me. In January my husband lost his job after 24 years with the same company, and we had to move from our idyllic small town to the big city where he found a new job. Murphy's Law was in full force for many months, but during this time I managed to finish two fantasy novels and publish them as well as read 52 books (oh, wow, that's one a week--yay me!) which is an accomplishment all by itself.

The books I read this year were quite varied in genre and style, and it was difficult to select just ten that were memorable reads. Some that were flawlessly written did not make the cut, mainly because my criteria included how the story made me feel, how it resonated long after I turned the final page.

10: The Beast of Talesend by Kyle Robert Shultz 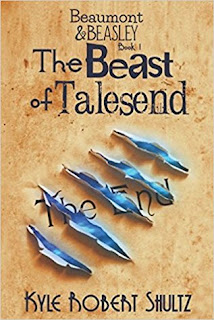 My 5 star review: "I had no idea what to expect with this book, but the author's compelling voice sucked me into the story from the first page and didn't let go until the end. I admire those who can write humor, and though this story is often dark and deadly, the humor, from tongue-in-cheek to slapstick, takes the reader on a wild and crazy theme park ride! The main characters feel like real people, the cynical storybook/late Victorian setting is fascinating, and the situation unfolds like a complex origami steampunk piece. I was actually sad when I saw I was almost to the end. Though this first book wraps up at a nice stopping place, there is definitely MORE to this story, and I look forward to reading it!"

9: Angelhood by A. J. Cattapan 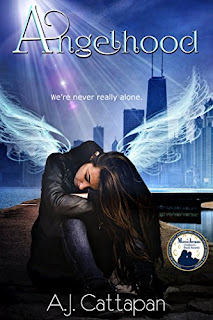 My 5 star review: "When I first began this book, I didn't think I'd be able to finish it, but I kept reading, and I'm glad I did. It's difficult for this Mom to read about teen suicide, but I know it happens, and hopefully this story will reach troubled souls who might wonder whether or not ending their life would be best for themselves and others. This is a powerful story and a vivid reminder of the spiritual battle going on all around us, and I felt so uplifted by the ending. Highly recommended." 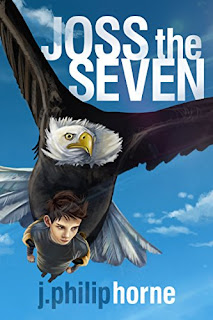 My 5 star review: "I've been wanting to read this for a while because of the striking cover. I normally don't like superhero stories, but this one was un-put-downable! The characters were all well-rounded, the situation interesting, and the plot had more twists than the tangled strings of my dragon kite! I put aside my own writing for two days to finish this well-written, suspenseful story. The scene that inspired the cover feels so real, my stomach actually twisted in empathy! Though the main characters are young teens, anyone who enjoys action and adventure with a superhero twist will find this story a delight!"

7: A Promise to Keep by Loretta Livingstone 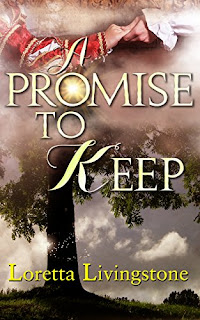 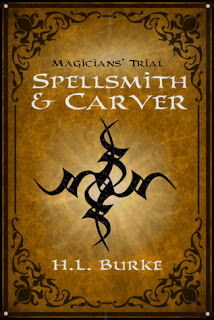 My 5 star review: "Having read the first in this series, I had connected with the main characters and wanted to continue their story. This installment is even better than the first one! The characters are more loveable than ever, Jaspyr the mechanical fox has a much bigger role, and there are some great villains that make things nail-bitingly anxious for the good guys. Quirky and fun new characters have been introduced, and the world feels amazingly real! Things are not fully resolved, so there is definitely more coming. I can't wait! This is a must-read series for fantasy and steampunk fans!"

Note: I actually read the first book, Magician's Rival, earlier this year, but liked book 2 even better! I'm saving #3 for 2018, but I recommend you begin with #1! 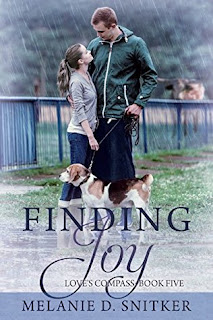 My 5 star review: "What a beautiful story of second chances and finding oneself after life-altering events! I loved the two main characters, and my heart ached for them while each worked through a painful past. I love the depth of Ms. Snitker's characters and how she makes their faith a part of who they are. It was great to spend more time with some of my other favorite characters from the other books in this series. Happy the beagle was a sweet addition, too. I highly recommend this book and this entire series to every fan of sweet Christian romance."

Note: Even though this is #5 in the Love's Compass series, it works as a stand-alone, although I recommend reading the entire series in order.

4: The Student and the Slave by Annie Douglass Lima 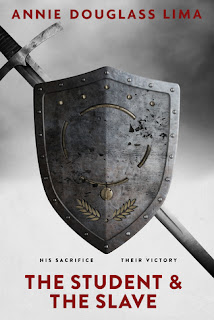 My review: "4.5 stars for the conclusion of this series. At first I wasn't sure I was going to like this book as much as the first two. But as the action unfolded, the suspense grew more and more, and the characters' attempts to make things better were thwarted at every turn. I didn't see how this story could end well! But it was worth it to read to the end and the unexpected resolution. (I did NOT see that coming! Bravo!) A scene where a character is sold into slavery is one of the most masterful examples of tension I've ever read, and a couple of scenes brought tears to my eyes. This story powerfully shows the humiliation of being a slave and how people lose their humanity by treating others as "merchandise." The best part of this entire book, however, was watching the believable transformation of one of the title characters. I recommend reading all three books of this urban fantasy trilogy in order."

3: Nyssa Glass and the Electric Heart by H. L. Burke 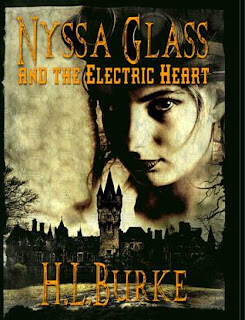 My 5 star review: "After having read all the previous Nyssa Glass stories, I couldn't imagine how the author could end the series with a bang, but this installment has more nail-biting suspense, twists and turns in the plot, simmering romance, as well as coming full-circle back to Dalhart Mansion. Wow! I recommend reading the entire series in order. The characters, setting, and situation are unforgettable and will stay in your mind and heart forever."

Note: I recommend reading this entire wonderful series in order! One of my all-time favorites!

2: Playing by Heart by Carmela A. Martino 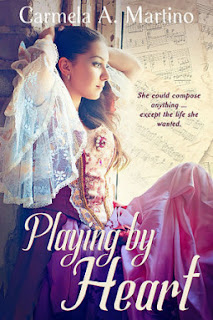 My 5 star review: "This is a beautiful piece of historical fiction, set in 18th century Milan. The MC is a musician, and it was fascinating to watch her talents and opportunities unfold, especially during a time when the education of young women was considered unnecessary. Like her lovely compositions, I was moved by the story and the superb writing. The details were so well-researched, I never once felt anything but totally immersed in the time and place. If you like historical fiction about strong young women, I highly recommend this book! Finishing this book gave me the same satisfied feeling as listening to a brilliant concert!"

1: White Wolf and the Ash Princess by Tammy Lash 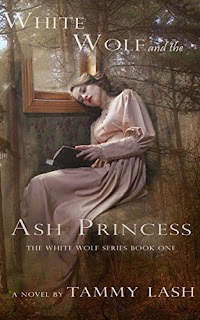 My 5 star review: "Out of the thousands of books I've read in my lifetime, there have been a handful that affected me profoundly and forever changed my heart. This is one of those books. It is not only a beautiful, powerful story, but it spoke to the deepest part of my soul with its gentle wisdom, the wisdom that comes from above, demonstrating God's love and the power of forgiveness in an amazing way. It made me cry, but good tears, cleansing tears. Ms. Lash has created characters who will live in my heart until the end of my days. I highly recommend this book, especially those who are hurting!"