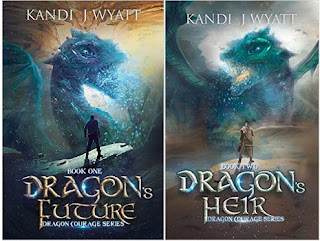 The Dragon Courage series is a middle grade/young adult fantasy series that has ten-year-olds to grandparents raving. What's all the fuss? It's a clean read of adventure and character quality building set in a new world. According to one reviewer, "Not since reading Christopher Paolini's Eragon have I read a book about dragons that made me want to be a part of that world". Each book has a theme skilfully woven into the plot so younger readers won't even realize they are being taught important life qualities. The series is a "fabulous adventure for younger readers that will fill their minds with the magic of dragons, friendships found and worlds from far, far away".

Book one took the reader to the northern canyon country of Three Spans Canyon where Kyn became a dragon rider.

Book two followed Braidyn, a youngling born in the canyon country, who moved to the south along the River Sur. When some nestlings are stolen, Braidyn goes seeking retribution. His search takes him to the sandhills to the east of the inland sea. In book three, our story revolves around Kyn. He travels across the inland sea to a new land of marshes and red dragons.

In search of his place in the world, Kyn visits his new friend, Ben’hyamene. Together, they meet an ailing dragon rider from the marshes of a land called the Carr. The rider recounts a people beset by anger, depression, and despair. After befriending and healing the rider, the group travels to the rider’s home. There they discover a breed of wild dragons, called drakes, which have been at war with humans for four hundred years.

One sleepless night, Ben’hyamene uses his new abilities to communicate with the lead drake. This sets Kyn and Ben’hyamene on a path that could bring peace to a conflict that’s nearly destroyed a whole people. Can revenge be set aside and enemies be called friends?

And now for the cover!

Isn't it stunning? Thanks, Kandi, for allowing me to share your new cover!
Posted by Katy Huth Jones at 2:00 AM No comments: 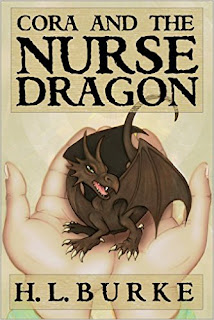 I love to read, especially fantasy, and when I fall in love with a book I like to share my enthusiasm by writing a review. This is the first review I've actually featured on my blog, but this is an extraordinary book, and I want readers of MG fantasy to know about it!

Cora and the Nurse Dragon by H. L. Burke feels like a historical fantasy, because the author has obviously done a lot of research to make her setting feel like the early 20th century, with the addition of very believable dragons. The main character, Cora, is smart and spunky, and I loved taking this journey with her.

The writing was superb, and sucked me in from the very first page. The story is compelling and full of suspense as the stakes (and the danger) grow ever higher. The supporting characters are well-drawn, and Cora's best friend Abry makes me wish I had a friend like her, who is loyal AND good at math!

I don't want to reveal too much about the plot, but just be prepared to fall in love with the dragon pictured on the cover, and don't begin reading this book at bedtime, or you will stay up late to finish it. It's THAT good!

I whole-heartedly recommend this to dragon lovers of any age, but young fantasy readers especially will enjoy the story and feel like they've made several new friends, both human and dragon.

I bought both the Kindle AND the paperback. You can, too: http://www.amazon.com/Cora-Nurse-Dragon-H-Burke-ebook/dp/B01ACV79BO

Monday Blog: I'm not in Texas any more... 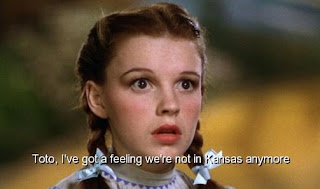 For weeks now I've been forgetful and confused. I missed a doctor's appointment because I forgot what day of the week it was. Even though I write things down, I can't keep up with the simplest activities. I've been blaming it on chemo brain.

Let me back up. In November I signed up to participate in NaNoWriMo for the first time, and successfully managed to get my writing focus back. Yay! I finished book 3 in my fantasy series and got a good head start on book 4. Feeling a great sense of urgency, for I don't know how long I'll stay in remission this time, I wanted to keep pressing with the daily word count and signed up for an 85K writing challenge (85,000 words in 3 months, from January 1 through March 31). I'm almost halfway to that goal, which means more than halfway through book 4. I'm so totally immersed in my fantasy world that I get annoyed when I have to do mundane tasks, like washing clothes, ironing, cooking for my Twin Towers (my 6'4" hubby and his father, who lives with us).

I'm living in Levathia, circa 1100's, with dragons and some of my favorite characters ever.

A very nice young man named Joshua Smolders redid my hand-drawn map of Levathia, with stunning results! Now I know where I'm going in Levathia, and you are welcome to journey with me! 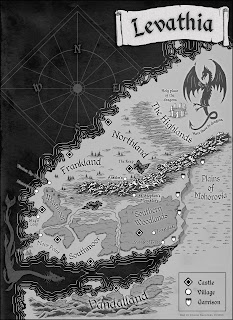 Posted by Katy Huth Jones at 7:17 AM No comments: