A Merry Band of Instruments 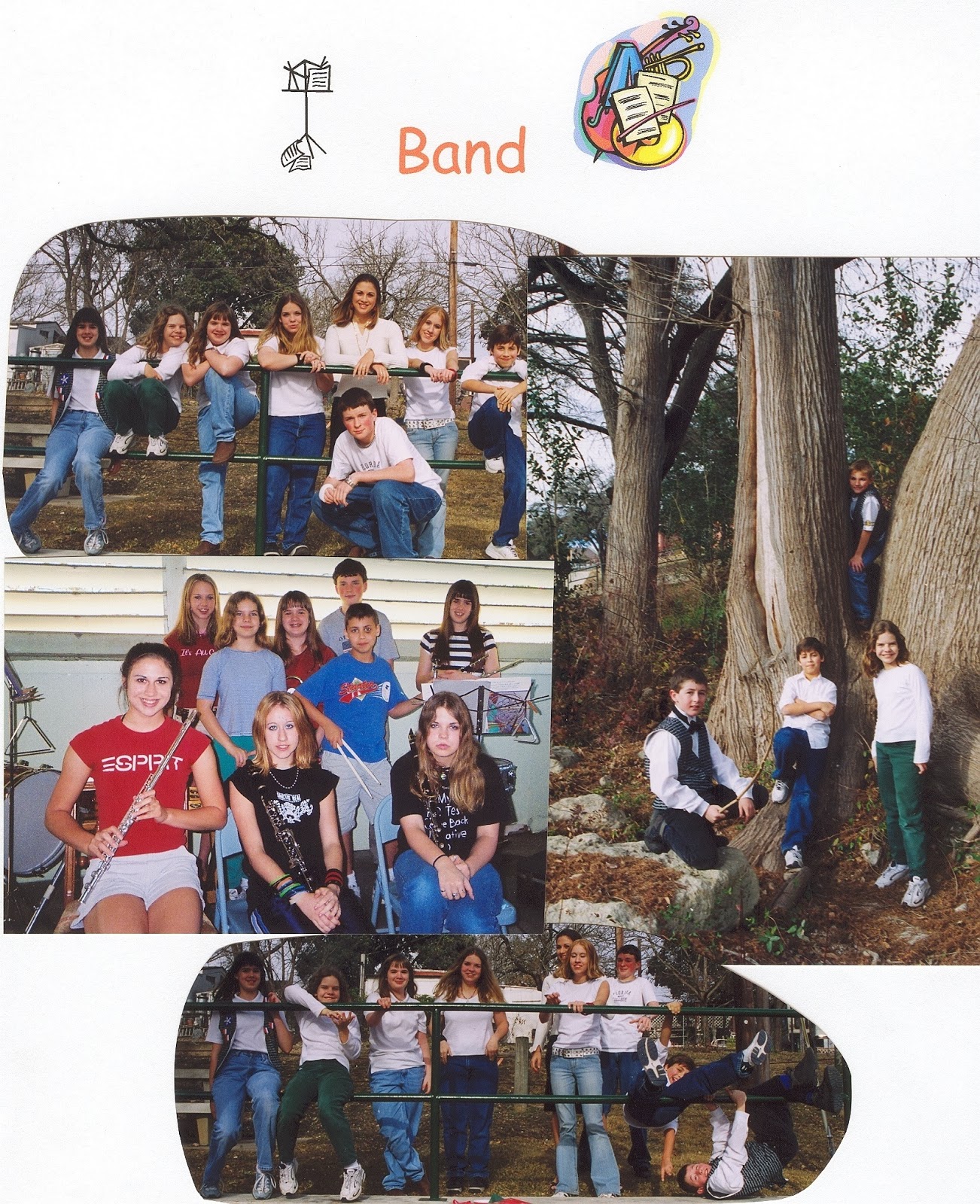 One of the most difficult and rewarding projects I ever managed was to create and maintain for sixteen years the Hill Country Homeschool Band, which began quite unexpectedly. 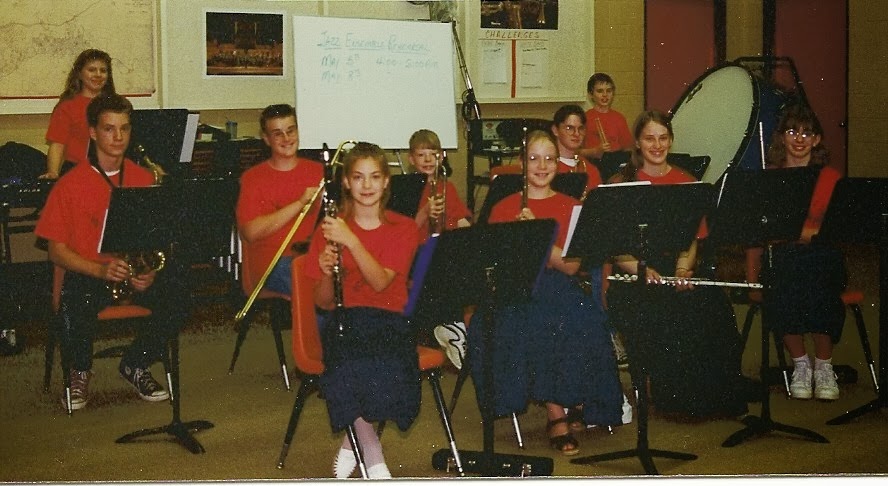 We moved from the big city to a small town when our oldest was in fifth grade, so my husband wanted him to go to public school. We went to a high school football game and I discovered the head band director was my old junior high director. He had me work with his flute students, and the following fall I subbed full-time for three months during marching season while his assistant was on maternity leave. This proved to be invaluable experience for what was to come. 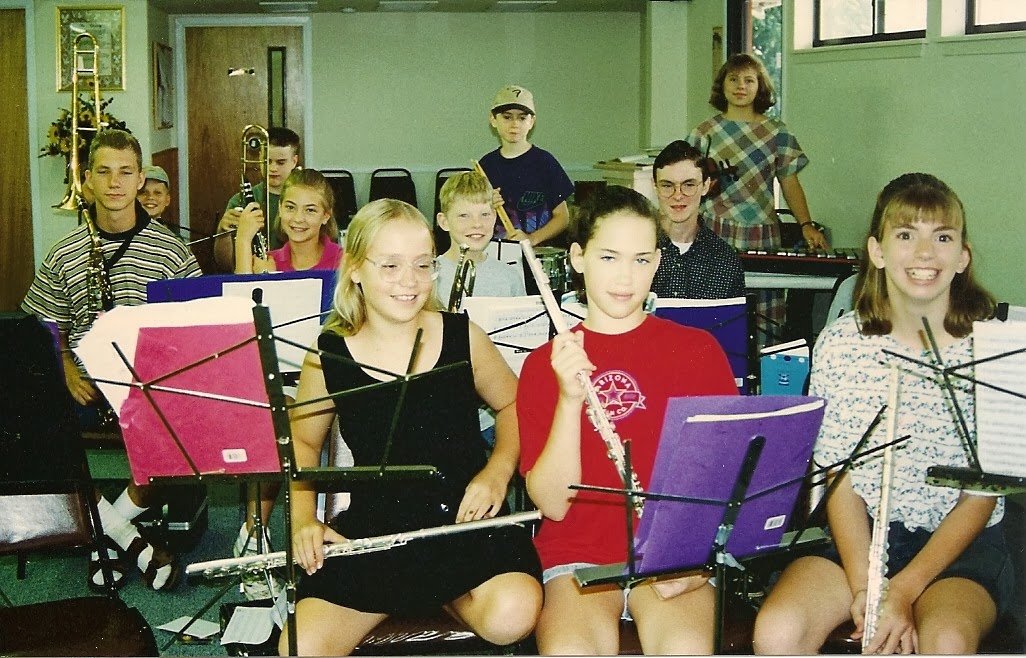 During this time our son joined the band, but by the end of sixth grade it was obvious we needed to homeschool him again. Not wanting him to lose out on the important things music (and band in particular) could teach him, I found other homeschoolers who also wanted a band, including one of my former public school flute students. 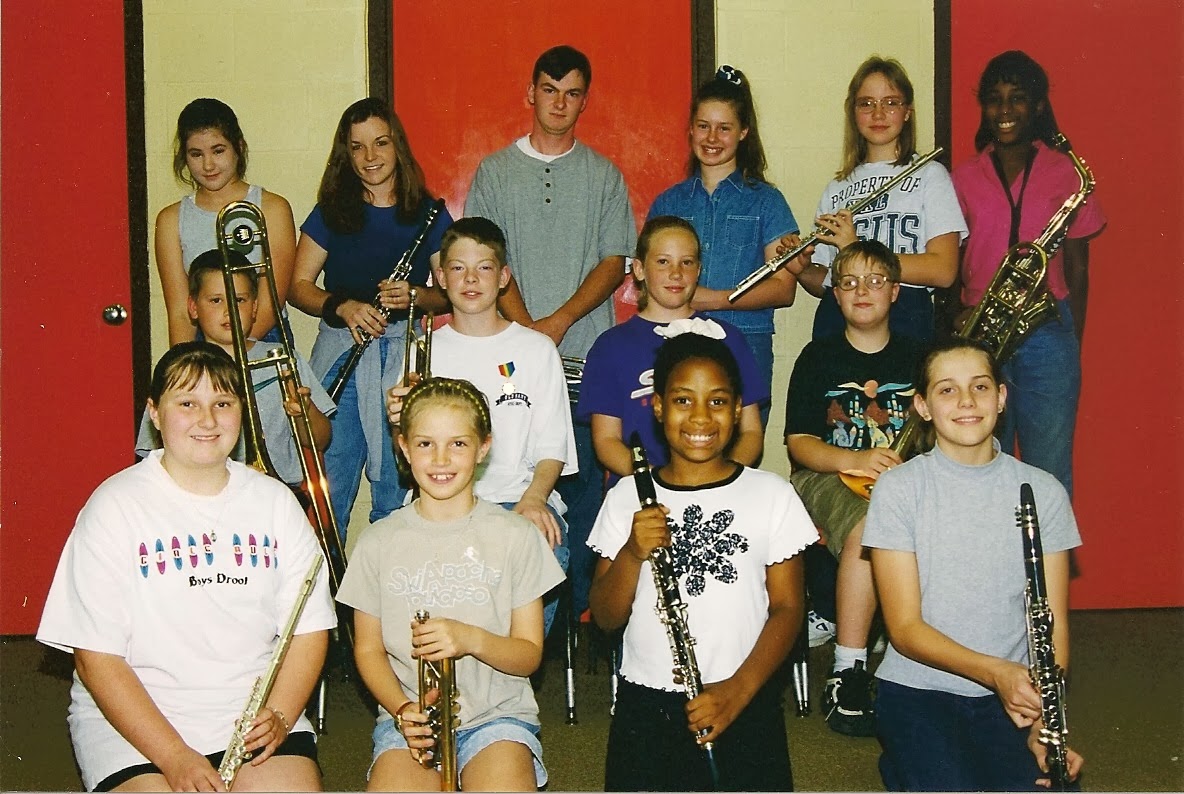 We began with seven: my son on trumpet, two flutes, an alto saxophone, a trombone, one snare drummer and one xylophone player who already played piano. All had their own instruments except one flute player, and I found an inexpensive one at a local pawn shop. Right away I realized that finding sheet music to fit the needs of such an unusual ensemble was going to be my biggest challenge. Thankfully I had taken two years of music theory, so from the beginning I arranged songs to fit our ever-changing group. 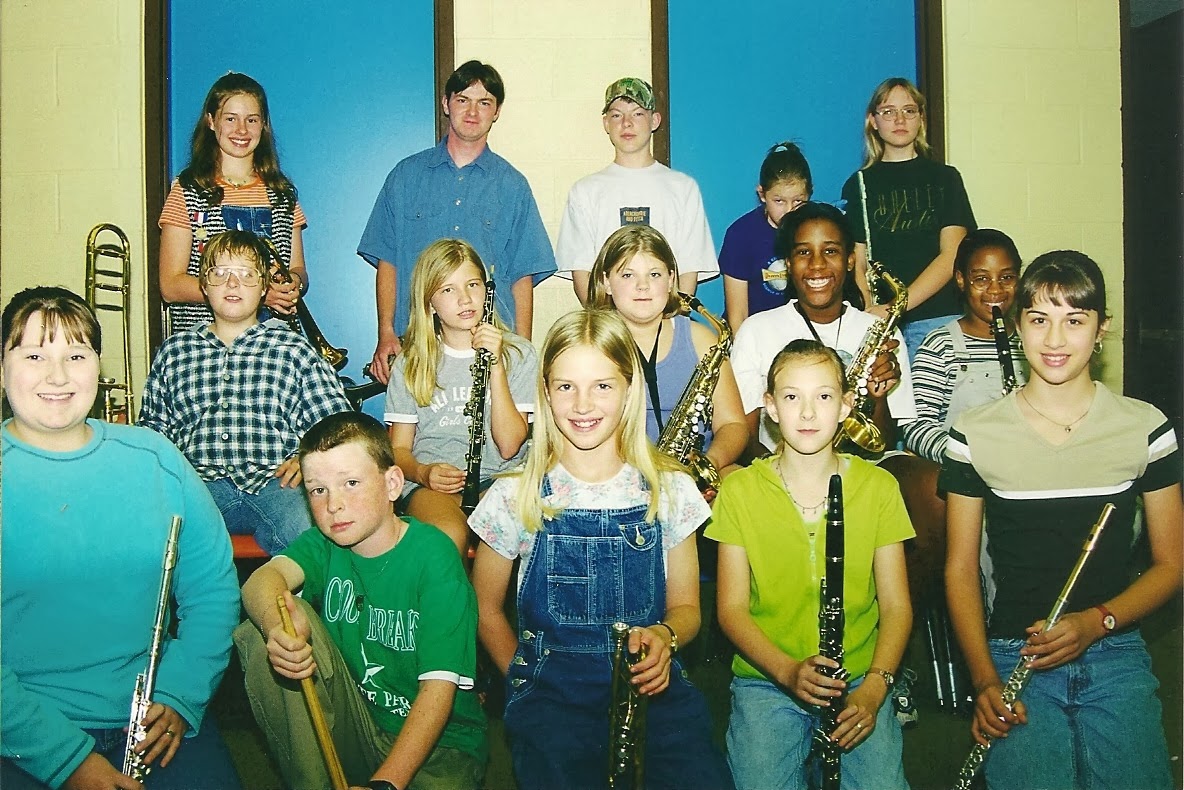 We could never practice more than once a week because the students were all so busy with school and other activities, and through the years several families drove long distances to participate with us (60-80 miles one way). At first the band directors let us use the band hall after school, but later a new principal wanted to charge us $50 a week, so we moved our "band hall" to our garage. Our neighbors would sit on their porch to listen to us rehearse each week. I quickly learned to adapt because each year was completely different. Students would drop out, move away, or go to private or public school. The band never grew larger than 20-22 so each year I had to start beginners with a few private lessons and then "toss them in" with the others. I'd write easier parts for them, and thankfully the older students enjoyed taking the newbies "under their wings". 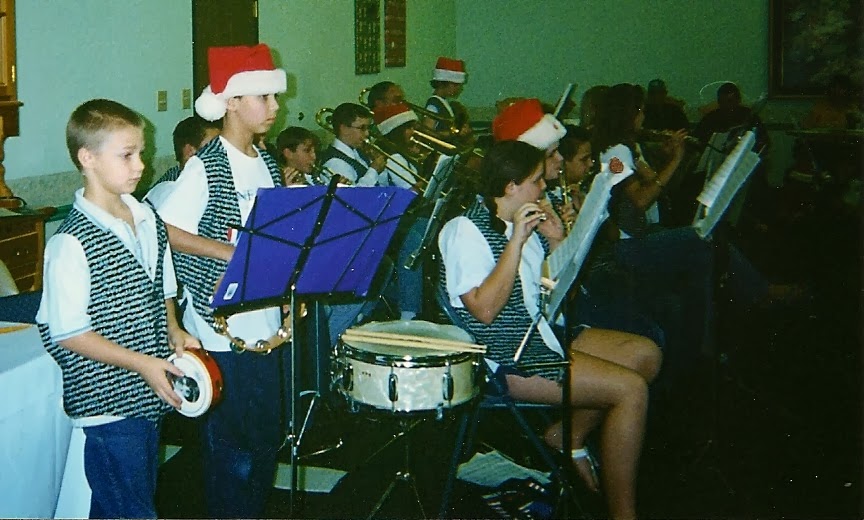 Almost all our concerts were performed at area nursing homes which had large enough rooms for us to set up. That was a win/win situation for both the band and the residents, who looked forward to our 4-5 yearly concerts. 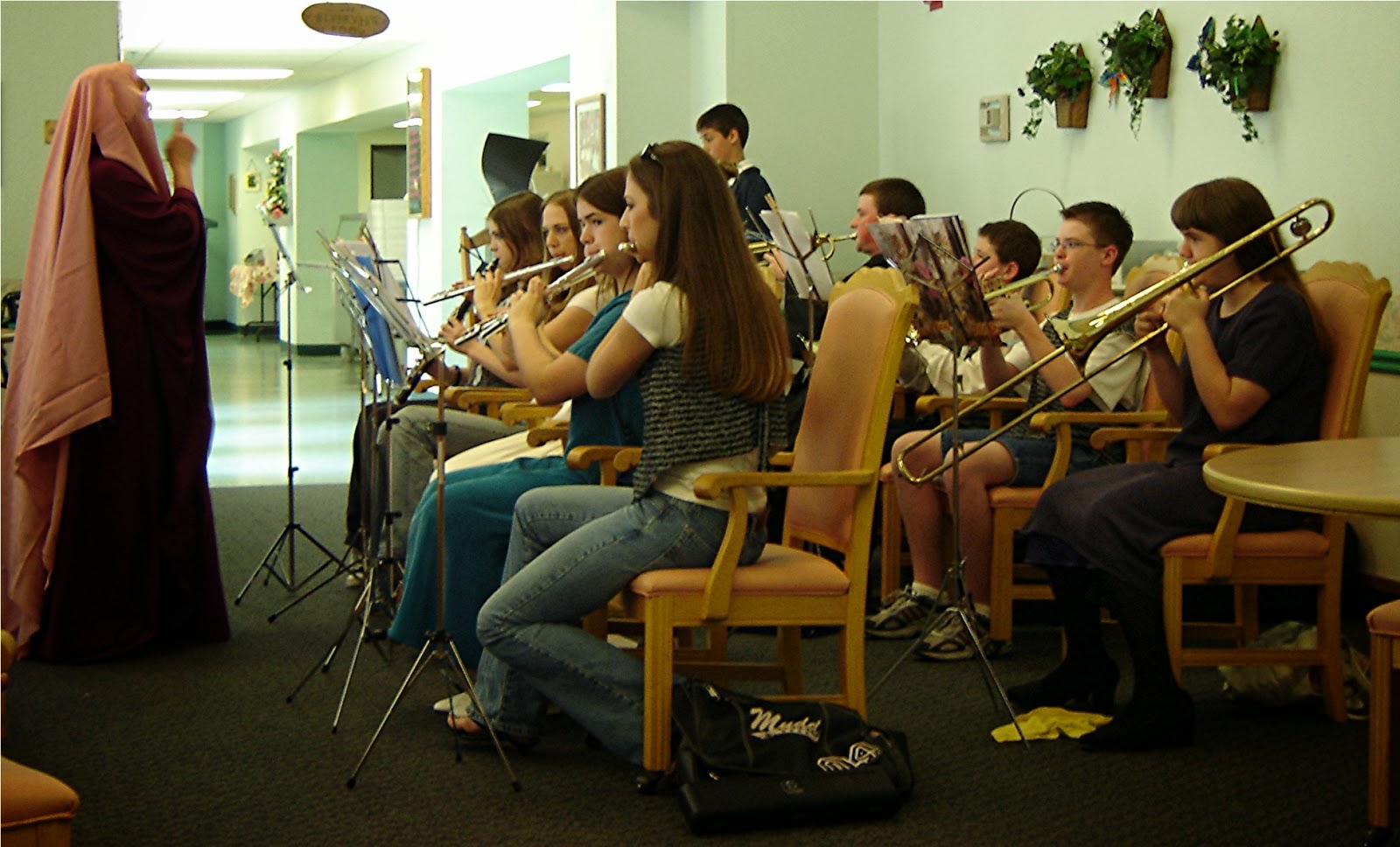 Most of the concerts followed a "theme" with music the kids enjoyed practicing together and at home: patriotic, movie themes (Star Wars, Lord of the Rings, etc.), musicals, "remembering your childhood," Texas and western, a history of music, and songs from around the world. 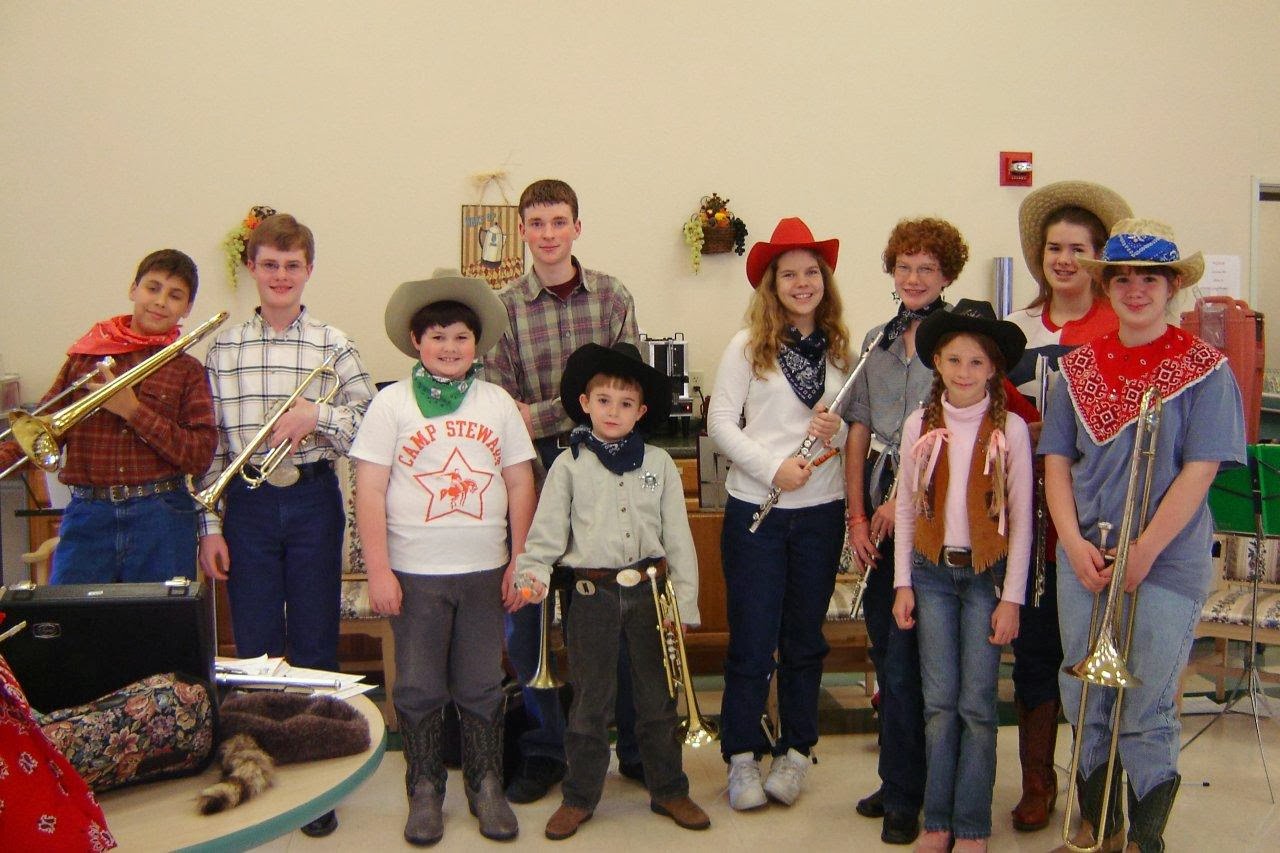 A few of the students wanted more challenging music, so I'd enter them in area solo and ensemble contests, as well as middle school and high school region/area band contests. But the majority just wanted to play with the band and hang out with their friends, so we never became the quality performing group I'd envisioned playing for the public as homeschool "ambassadors." With each of my trumpet-playing sons we did form a quartet of more experienced players, so they had more performance opportunities, at least. 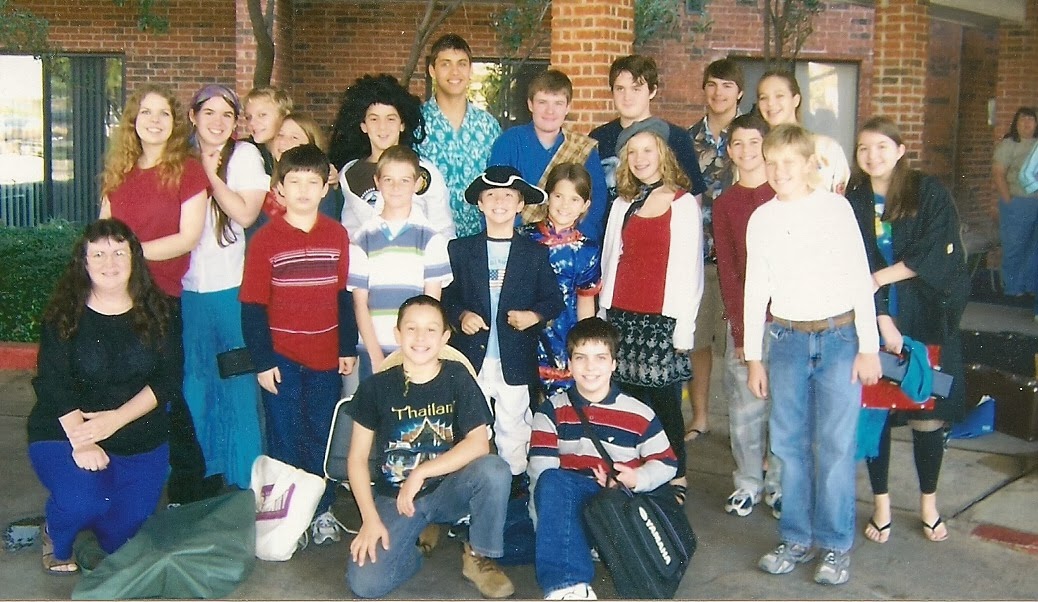 These pictures came from my very large scrapbook. Sixteen years of homeschool band created a lot of memories, most of them wonderful. I hope they are wonderful for the former band members, too.
Posted by Katy Huth Jones at 7:18 AM