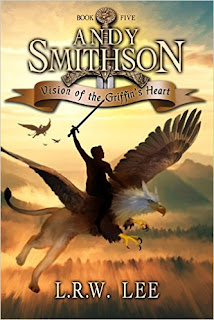 My fellow Texan, fantasy writer, member of Clean Indie Reads AND founder of the fun and fabulous Book Nerd Paradise is releasing Book 5 in her Andy Smithson series: VISION OF THE GRIFFIN'S HEART.

About the book: Four years ago, Andy Smithson discovered he is the Chosen One to break a 500-year-old curse plaguing the land of Oomaldee when he unexpectedly and mysteriously found himself there. To do so, he must collect ingredients for a magical potion. Thus far he has gathered the scale of a red dragon, venom from a giant serpent, a unicorn's horn, and the tail feather of a phoenix. Now he must ask a griffin for one of its talons. There's just one problem: humans have poached griffin treasure, causing these mythical creatures to attack on sight.

Complicating matters, the evil Abaddon, sovereign of Oomaldee's northern neighbor, is turning more and more citizens into zolt in his ongoing campaign of terror as he sets in motion the final steps of his plan to conquer the land. Things really start to heat up in book five!

If you loved Harry Potter, you'll love the Andy Smithson series. These books are full of mythical creatures, newly invented animals like zolt, herewolves, and therewolves, a complex plot with evolving characters, and positive themes including responsibility, diligence, dignity, friendship, and more.

Here are the rest of the books in this series:

About the author: L. R. W. Lee credits her love of fantasy with her introduction to C. S. Lewis' Chronicles of Narnia. Later on, she enjoyed the complex world of Middle Earth brought to life by J. R. R. Tolkien in The Lord of the Rings and The Hobbit. The multiple dimensions of the worlds mixed with a layer of meaning, captivated her and made her desire to invent young adult fantasy and epic fantasy worlds others could get lost in, but also take meaning away from. More recently, Lee has found inspiration from J. K. Rowling and her Harry Potter series as well as Brandon Mull and his best-selling Fablehaven, Beyonders, and Five Kingdoms series.

Lee writes to teach her readers principles that can transform their lives: overcoming frustration, impatience, fear, and more. She also shows why responsibility, diligence, and dignity are the keys to true success in life. She lives in scenic Austin, Texas with her husband. Their daughter is a computer engineer for Microsoft, and their son serves in the U. S. Air Force. 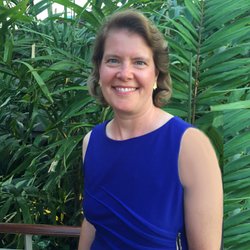