New YA release by my favorite indie author!


I'm excited to announce that my favorite indie author's young adult action and adventure novel, The Gladiator and the Guard, is now available for purchase! This is the second book in the Krillonian Chronicles, sequel to The Collar and the Cavvarach.

If you haven't read the first book yet, I gave it 5 stars: 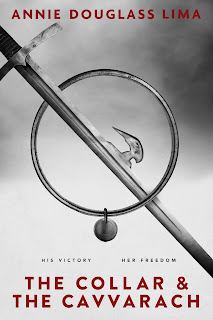 Bensin, a teenage slave and martial artist, is desperate to see his little sister freed. But only victory in the Krillonian Empire's most prestigious tournament will allow him to secretly arrange for Ellie's escape. Dangerous people are closing in on her, however, and Bensin is running out of time.  With his one hope fading quickly away, how can Bensin save Ellie from a life of slavery and abuse?


What is the Collar for, and What is a Cavvarach?

The story is set in a world very much like our own, with just a few major differences.  One is that slavery is legal there.  Slaves must wear metal collars that lock around their neck, making their enslaved status obvious to everyone.  Any slave attempting to escape faces the dilemma of how and where to illegally get their collar removed (a crime punishable by enslavement for the remover).

Another difference is the popularity of a martial art called cavvara shil.  It is fought with a cavvarach (rhymes with "have a rack"), a weapon similar to a sword but with a steel hook protruding from partway down its top edge.  Competitors can strike at each other with their feet as well as with the blades. You win in one of two ways: disarming your opponent (hooking or knocking their cavvarach out of their hands) or pinning their shoulders to the mat for five seconds.

Click here to order The Collar and the Cavvarach from Amazon
for $2.99 a discounted price of just 99 cents through May 30th!

And now, The Gladiator and the Guard, with another awesome cover by the talented Jack Lin! 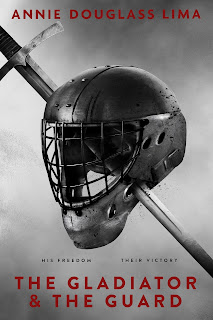 Bensin, a teenage slave and martial artist, is just one victory away from freedom. But after he is accused of a crime he didn’t commit, he is condemned to the violent life and early death of a gladiator. While his loved ones seek desperately for a way to rescue him, Bensin struggles to stay alive and forge an identity in an environment designed to strip it from him. When he infuriates the authorities with his choices, he knows he is running out of time. Can he stand against the cruelty of the arena system and seize his freedom before that system crushes him?


Click here to order The Gladiator and the Guard in Kindle format from Amazon for $2.99 a discounted price of just 99 cents through May 30th!


Click here to order The Gladiator and the Guard from Smashwords (for Nook or in other digital formats) for $2.99 a discounted price of just 99 cents through May 30th! 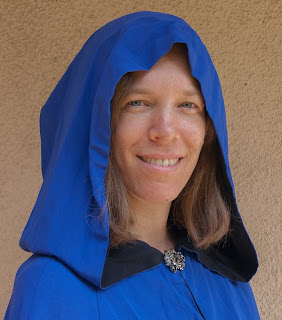 About the author: Annie Douglass Lima spent most of her childhood in Kenya and later graduated from Biola University in Southern California. She and her husband Floyd currently live in Taiwan, where she teaches fifth grade at Morrison Academy. She has been writing poetry, short stories, and novels since her childhood, and to date has published twelve books (two YA action and adventure novels, four fantasies, a puppet script, and five anthologies of her students’ poetry). Besides writing, her hobbies include reading (especially fantasy and science fiction), scrapbooking, and international travel.

I was able to ask Annie a few questions about her new release:

1. I'm excited about the release of The Gladiator and the Guard. When I read The Collar and the Cavvarach, I was hoping there would be a sequel. Does this story begin right after the first book, or has some time passed? Bensin is the protagonist again, but do we see some of the other characters, too?

This story takes place four years after the end of The Collar and the Cavvarach. Yes, Bensin is the protagonist, but his coach and owner Steene is once again an important character. Ellis (now nine years old) is there too, along with other old friends such as Watch Officer Kalgan Shigo and Bensin’s rival Jayce Torro. Bensin’s enslaved friend Ricky returns with a slightly bigger role than he had in the first book. We will meet a number of new characters, too.

2. This was your NaNoWriMo project last November, wasn't it? How difficult was it for you to write this book in the middle of the school year?

I actually drafted The Gladiator and the Guard during NaNoWriMo 2014 (last November I drafted an unrelated sci-fi novel that is currently waiting in line for editing and polishing). It’s definitely not an easy task to complete a novel in a month while working as a fulltime teacher!  I love my day job and would never want to quit, but I often wish it left me with more time for writing.  One of the secrets to my winning NaNo was getting up early and putting in an hour or two of writing before school started.  Sometimes I set my alarm for as early as 4:30 a.m.  Fortunately, I am a morning person, but it was still hard to get up that early!  I pulled some late nights, too, and that was even harder for me.  On Saturdays and Sundays I would often spend most of the afternoon writing. Another of my secrets was that I spent October getting ahead on everything I could at school, such as lesson planning, entering assignment titles into my gradebook, and writing my weekly letters to parents. And on the home front, my husband took over all the cooking and most of the cleaning and other household chores for the month. I could never have managed without his help and support!

3. In the Realm Explorers series on your blog, you have a brief mention of the Krillonian Empire's gladiator and arena system, stating that gladiators fight with sharpened cavvarachs and no protective padding! Is this the only place sharpened cavvarachs are allowed? Are the fights similar to the cavvara shil matches you showed in book one?

Yes, outside of the arenas, no one is crazy enough to use sharpened weapons. Besides that and the lack of padding, the fights are almost exactly like the cavvara shil matches described in the first book. Oh, and gladiators wear boots instead of fighting barefoot. To learn more about the life of a gladiator and how things work in the arena, click here to read my most recent Realm Explorers post!

4. What is your next project?
There will be at least one more book in this series, though I’m tossing around ideas that may eventually lead to other stories set in the same world. In the meantime, I’m working on a final book in my Annals of Alasia fantasy series, called King of Malorn, which should be ready to publish in the next few months. I’m also eager to get back to Heartsong, the science fiction novel that I drafted for last year’s NaNoWriMo. I hope to have that one polished and ready for publication in another year or so. Lots of irons in the fire!

Now, enter a Rafflecopter giveaway to win an Amazon gift card or a free digital copy of The Collar and the Cavvarach!