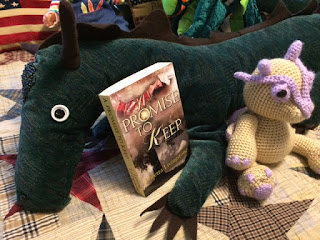 The Book Dragon has read Loretta Livingstone's A Promise to Keep and gives it 5 claws!

A Promise to Keep is the sequel to Livingstone's excellent Out of Time, which I reviewed before Book Dragon started giving out claws. Here's my review of Out of Time, for I highly recommend you read both of these books:

"4.5 stars for this compelling time-travel story. Marion from 2006 is sent by a magical tree to the year 1191 to save an important historical figure's life. The peril this causes, both to Marion and Sir Giles, makes this book difficult to put down. Both major and minor characters of both times are well-drawn, and the ending is thought-provoking and resonates with this reader's heartstrings. The occasional head-hopping was a bit distracting, but the pace moved steadily, neither too slow nor too fast. Recommended for anyone who is intrigued by time travel and/or 12th century England." 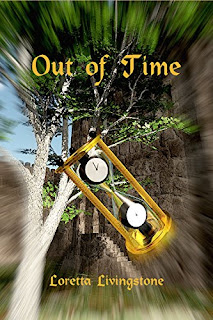