The Powerful Language of Music 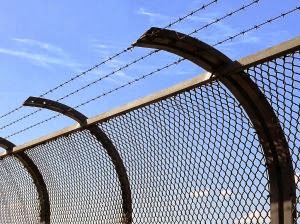 A few years ago the high school band director called me. I taught his flute students in sectionals as well as privately. "The activity director at the State Hospital asked if a few students could play Christmas music for some of their residents. Are you interested?"

I agreed, not understanding what I was getting into. I'd taken my students to play at nursing homes and the "regular" hospital, so I figured this was the same kind of gig.

Five girls met me at the guardhouse to the gate, which was the only way in or out. A high wire fence surrounded the property. It reminded me of a prison. The activity director sent a woman to meet us. She carried a large ring of keys, like a medieval jailer. "I'll be your escort," she said with a smile.

The girls and I looked at one another? Escort? At the nursing homes we'd simply set up in the activity room and played for the residents.

We followed our guide to a locked ward. When we entered there were a few harried-looking nurses at a desk surrounded by catatonic elderly patients secured in their wheelchairs or recliners. It was hard to tell if they were even alive. But we set up our stands and music and began to play: Six flutes harmonizing happy Christmas songs to unsuspecting state hospital residents. It was unsettling to have such an unresponsive audience.

During an especially beautiful arrangement of "Greensleeves" I happened to glance at the woman nearest me. She reclined in a mobile chair, worn hands folded limply across her "seatbelt." Though her eyes were closed and her mouth never moved, tears glistened on her cheeks. Somewhere deep inside her prison walls she heard our music and responded to it.

When we finished our several prepared tunes, the nurses clapped, all smiling now, and we packed up to follow our escort to another ward, where several young women either sat listlessly on chairs and sofas, or paced and muttered to themselves, ignoring us. Our guide explained that these were all drug "burn-outs" but they were harmless, unlike some of the other patients, for which we would not be playing.

As soon as we began playing, one young woman walked up to me and with her face less than 12 inches from mine began to "direct" us in time, humming along with each tune. It was challenging to play with her so close, but I would not have interrupted her joy for anything: she grinned wide, participating fully in our performance.

At the end of our performance, this young woman thanked us by shaking each of our hands. Drugs had stolen her language skills, but not her appreciation of melody and rhythm.

Before our escort unlocked the last door, she hesitated. "I think it will be all right for you to play here. They are pretty loud and rowdy and won't appear to be paying attention, but they won't hurt you either."

This chaotic ward was comprised of middle-aged men who were talking loudly, laughing, and wandering around as if they were inside a pinball game. None of them even noticed we were there, but the moment we began playing, every one of them rushed to the chairs and sat quietly, focused on the music. Even in the brief silence between songs they did not resume their chattering, but waited patiently for the next one.

After the last song, when they realized we were leaving, they resumed their chatter, but not quite as loudly as before. The escort was amazed. She said they'd NEVER been so quiet for so long before.

When we reached the front door, our escort thanked each of us for bringing a gift of Christmas cheer. But I should have thanked her for the remarkable gift we'd received. For years I'd heard the saying, "Music is the universal language," but now I knew for certain it was true. These state hospital residents could no longer communicate verbally, but they could definitely understand the message we shared when we played from our hearts--to theirs.