The Faith of a Child

We’d always dreamed of having a large family.  But our only son, David, was already six years old.  We’d spent a heartbreaking two years as foster parents, hoping in vain to adopt.  But we had to give it up.  We couldn’t put David through the agony of becoming attached to another child and then having to say goodbye.  It was difficult enough for us.  How much more so for him?

“When will I get a baby brother?” David asked.

“I'm sorry, but it looks like you won’t be getting one,” I said.

David was insistent.  “I want a brother.  I'm going to pray for one.”

Every night David prayed for a brother.  Though I worried about how disappointed he would be when his prayer wasn’t answered, I didn’t have the heart to stop him.  Instead of praying along with David, I’d given up on fertility options.  I was reading books with advice on “Raising Your Only Child.”

Six months passed.  David wasn’t discouraged.  He kept praying.  “I know God will give me a brother,” he would say.  How could I tell him otherwise?

We took a trip to Los Angeles for David’s seventh birthday, hoping to distract him.  He chose Universal Studios over Disneyland.  He also wanted to see the Queen Mary.  While touring the enormous ship, I became short of breath and had to stop and rest every few minutes.

“I don’t know what’s wrong with me,” I said to my husband.  “Maybe it’s the smog.”  I couldn’t think of any other reason to be short of breath.

By the time we drove back to Texas almost two weeks later, I realized I had missed a period.  Could it be?  I’d given up any expectations of having another baby.  I was afraid to hope.  I certainly didn’t mention my suspicions to David.

I waited until the second missed cycle before I bought a pregnancy test.  To my utter shock it was positive!  My husband picked me up, swung me around.  David danced for joy.

“Well, honey, it won’t be right away.”  I figured in my head.  “The baby will be born in about seven months.”

“Then we’ll send her back.  I asked for a brother.”

David “practiced” for his baby brother.  He rescued a baby doll from the bottom of his toy box, cleaned it up, and carried it everywhere.  He made a car seat out of a cardboard box and strapped that doll into it whenever we went out.  He wanted to check out every book at the library that had to do with fetal development and baby care.  I edited a few of the pictures, but tried to answer all his questions as completely as possible.

“This is how big my brother is now,” he would say, pointing at a diagram of a second trimester fetus.  He would check the length against a ruler.

After the baby’s heartbeat became audible, the obstetrician invited David in to listen.

“Wow.”  David’s whisper was reverent.  “That’s my brother’s heart.”  He grinned.  “It sounds sort of like a washing machine.”  He listened to his own heartbeat with the stethoscope.

“Do you have any questions, young man?” asked the doctor.

“Yeah.  How did that baby get in there anyhow?”

I swallowed and looked at the doctor.  After reading all those library books David had never once asked that question.

My OB smiled and said, “Well, David, your mother and your father love each other very much so God put the baby in there.”

He started talking to my belly after that.  “Hello, Robert.  This is your brother, David, speaking.”  He wanted to sing to him, read stories to him.

The doctor ordered an ultrasound.  Just as happened when I was pregnant with David, this baby was growing so big that the doctor wanted to make sure there was just one.  During the ultrasound, the baby wouldn’t get in the right position to determine its sex.

“It’s okay,” David said while watching the videotape of the ultrasound.  “I know it’s a boy.”

As the delivery date grew nearer the doctor said, “Well, based on the heartbeat, my guess would be a girl.”

No, I wanted to say.  You don’t understand!  David wants a brother.

Just as David had been, this baby was breech.  Because they were both so large and I was too small, I had another C-section.  David donned a hospital gown and waited just outside the delivery room with a family friend.

“One good thing about a breech baby,” said the doctor, “is that you can tell the sex right away.”  He paused.  “It’s a boy!”

While the doctor sewed me together, my husband helped clean up the baby.  The nurse stepped outside with him to show David his new brother, Robert.

At the time the hospital didn’t allow siblings to visit in the room, but our doctor found a way to “bend” the rules, and David was allowed to come with his dad.  He sat for long stretches in the rocking chair, holding and rocking his sleepy brother, asking a million questions.

It didn’t bother David that it would be awhile before Robert was big enough to play with him.  After all, he’d waited a long time, knowing his prayer would be answered; he didn’t mind waiting a bit longer. 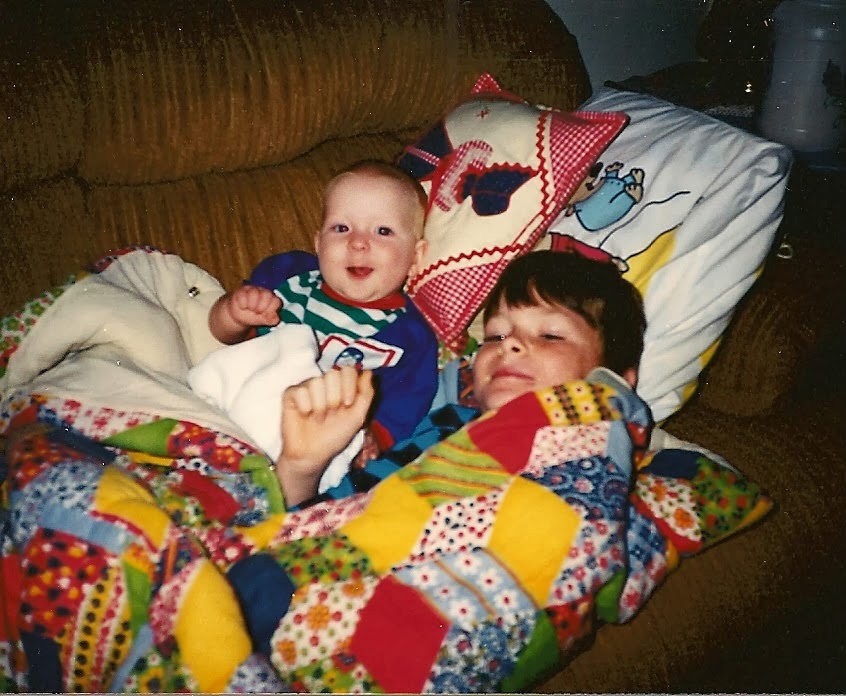 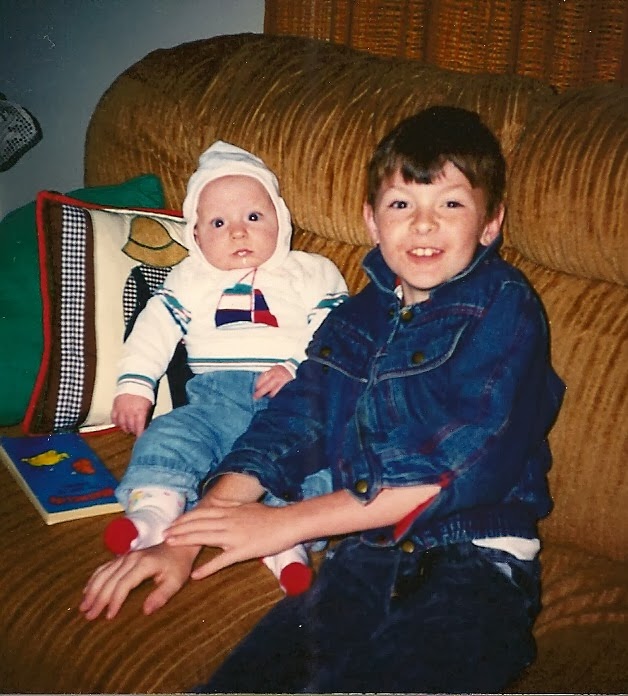 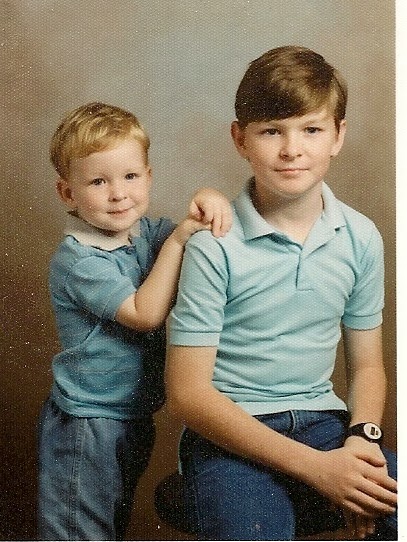 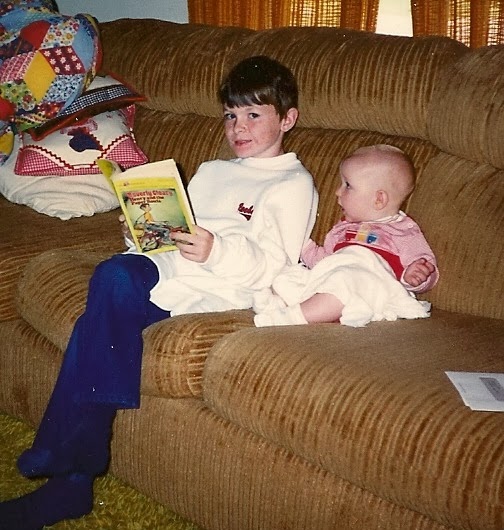