After marching as a Colonial Militia fifer in the September 12, 2009 march in Washington, D.C., I realized what a great living history lesson could be had wearing period costumes and playing period music from our nation's founding.  I went home and shared my excitement with my home school band students, and several of them wanted to join me in forming our own fife and drum corps.
All I knew about a fife and drum corps was what the Delaware corps had taught me in our several hours together in D.C. I read everything I could find plus watched many youtube videos of competitive F&D corps as well as more amateur groups of children to get ideas. From our humble beginnings we gradually added a uniform and better instruments.
The many groups we played with or for didn't seem to mind that we weren't "professional." They were thrilled that a group of homeschooled children were willing to dress up and play Yankee Doodle, British Grenadiers, Rally 'Round the Flag, Chester, the Star Spangled Banner, America the Beautiful, and God Bless America. For our first (Christmas) parade in nearby Boerne, Texas we asked my tall, handsome, noble-looking husband to be our General Washington, and he eventually had a more authentic costume, too, once I learned the hang of the very complicated 18th century coat pattern.
Our reputation grew, and we were invited to Houston four hours away for a large Tea Party rally in which we marched with a man who is a SERIOUS George Washington re-enactor.  He has his own white ponytail and a white horse!
We marched in parades and to open various events, once for the Daughters of the American Revolution, and twice for the Sons of the American Revolution.  Our last performance was in March 2012 for the SAR State Convention.  After that the students were all just too busy to devote so much time to this venture, especially when it appeared that we were going to have more and more requests.  I still occasionally get requests more than two years later! 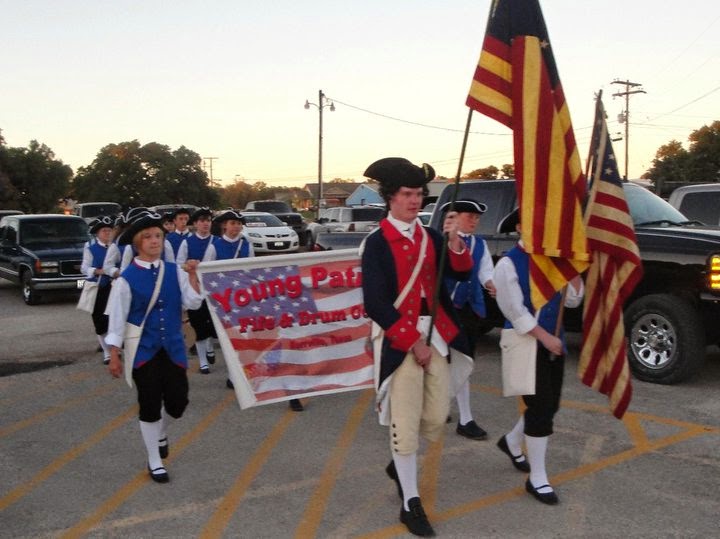 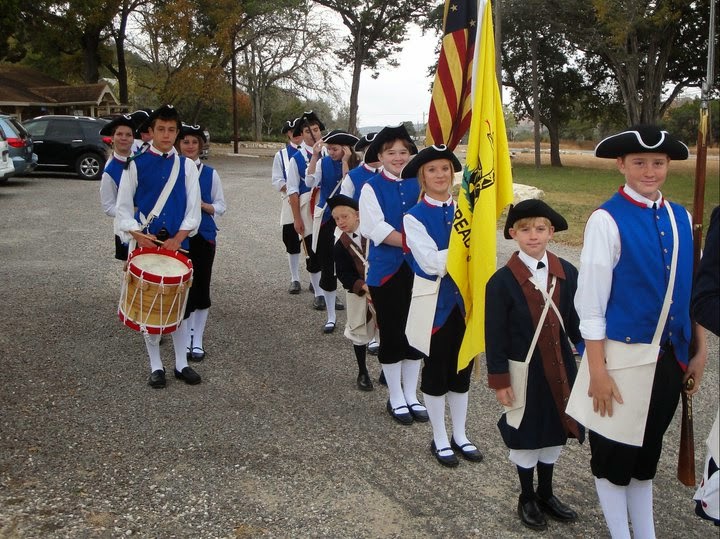 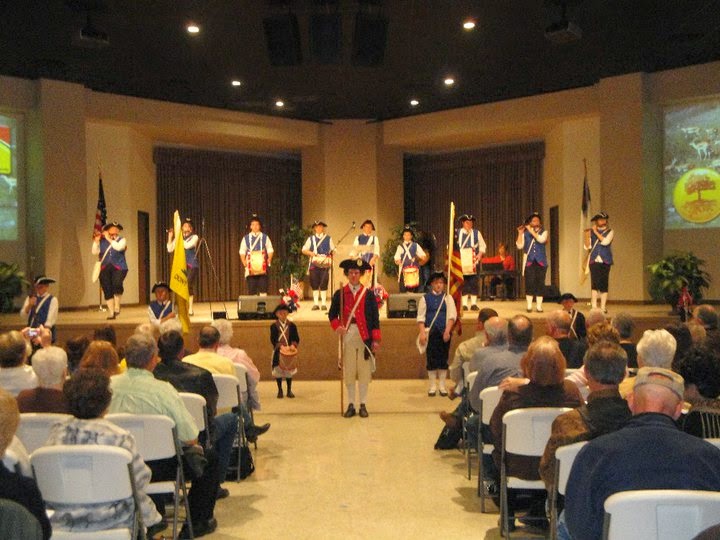 I still have my fife, and I still practice it.  I'll probably never have another chance to participate in a group this cool again, but it does help me keep my piccolo embouchure in shape, and the piercing sounds of "Yankee Doodle" bring back a whole lot of fond memories.
Posted by Katy Huth Jones at 8:43 PM