My Fifteen Minutes of Fame

In 1994 I published a short article with an American History magazine for kids (Cobblestone) about the Navajo Code Talkers of World War II. I found the subject so fascinating I wanted to write a book for children so they could learn about my new heroes. When I couldn't interest any big publishing houses, I found a small one that marketed primarily to schools and libraries, since I really was more interested in sharing this remarkable story with children than making a "name" for myself.

The publisher was good about marketing to schools and libraries, but I decided to try to sell a few more copies by setting up book signings. The first one was at the local independent bookstore in our small town.
Thankfully I had ordered quite a few copies directly from the publisher (at 50%) because the bookstore manager only bought ten copies, which were sold out in the first few minutes. I asked my husband and son to run home and bring the box of books I'd just received from the publisher. Thanks to my alert nine-year-old son (who counted the copies of my books) I wasn't shorted at the end, because the bookstore manager didn't count them correctly!
I quickly developed a presentation and discovered I could sell many more books after people heard the story (and my excitement). I didn't set out to do a lot of presentations, but word spread and I had more and more invitations.
Then in 2002 the movie "Windtalkers" came out. Prior to the opening, a new World War II museum in San Antonio contacted me about doing two presentations in conjunction with the opening weekend of the movie, in order to generate interest in their museum. The local Hastings bookstore also contacted me, and I set up a presentation with them for the day after the ones at the San Antonio museum. Usually they advertised book signings with the author's name on the marquee, but I asked them to put "Navajo Code Talkers" since my name isn't a household word, and I thought it might tie in with the movie, too. 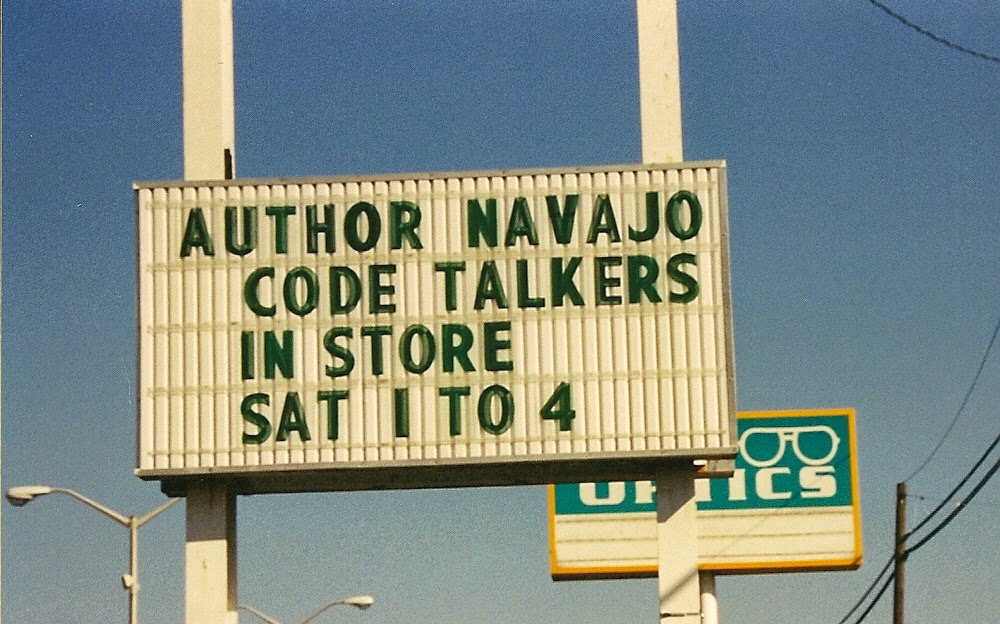 I had NO expectation of what happened that weekend. The museum had its own PR director, who set up a radio interview, an interview with the San Antonio Express-News, and a TV interview at 5:15 in the MORNING (which meant I had to leave my house about 3:45 in the morning to make sure I could find it and not be late--my son came too on this different kind of homeschool "field trip"). As a result of all this publicity, I sold (and autographed--ouch) more than 300 books over the two days, and after a book signing at a San Antonio Barnes & Noble the following Saturday was featured on TV again, on another station. (Boy are those lights BRIGHT.) 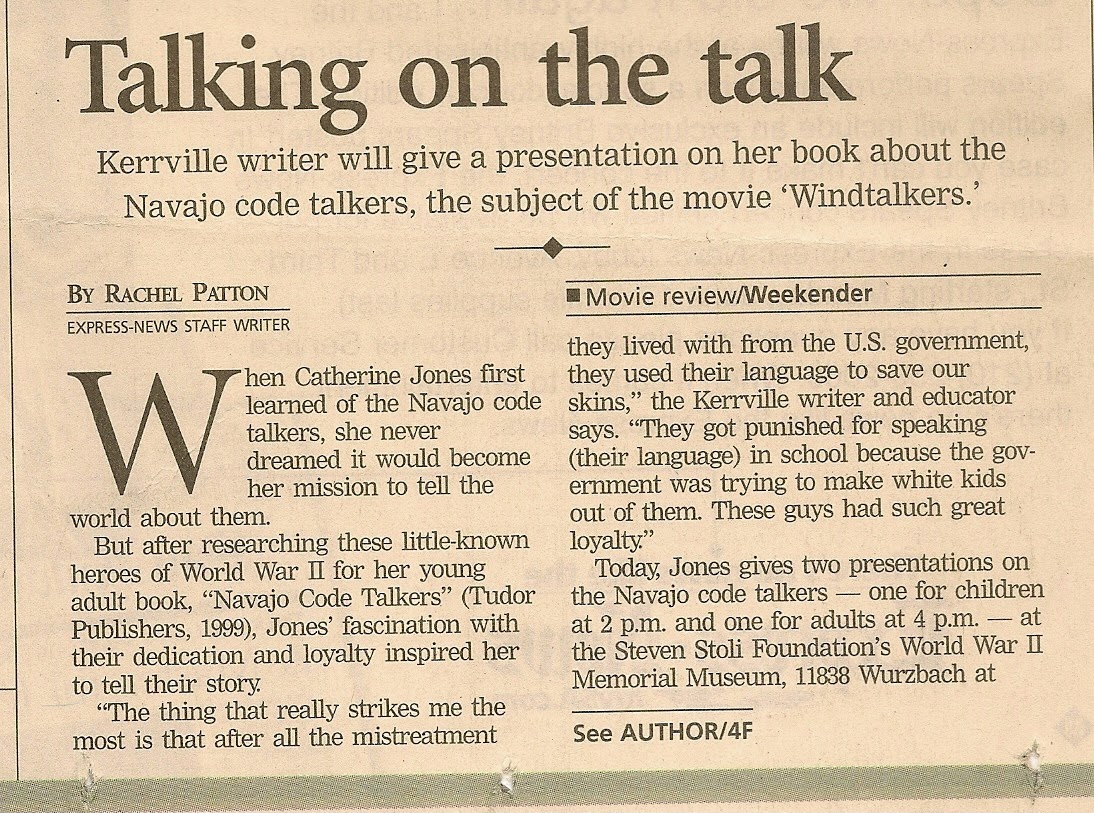 You know what I learned from this experience? (1) Interviewers hear what they want to hear and never report things 100% accurately, (2) don't take yourself too seriously, and (3) don't try to smile just a little bit; smile with your whole face and the picture will turn out much better.
I'm just very thankful that because of my feeble efforts many people, children as well as adults, learned the true story of the Navajo Code Talkers.

P.S. About those reporter inaccuracies: The radio guy wasn't happy that I was "just a children's author" so he later identified me as "one of the original Code Talker historians" which is totally inaccurate and really annoyed me for a very long time....after all, I was only 11 years old when the Navajo Code was declassified.