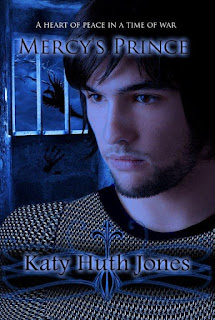 Back in 1988 my son and I saw the fantasy movie "Willow" which entirely captivated our imaginations. There was one problem in the story, for me: in an effort to have a "strong" female character, Sorsha was a complicated mess. In one scene she'd kick the anti-hero in the face, and in the next she was kissing him. I wanted to tell a story with a strong female character who didn't feel the need to kick men in the face, especially when she might end up kissing him later.... 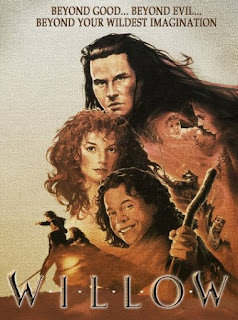 I had just finished my first novel, which thankfully was never published, and in the glow of completing such a herculean task decided to write a totally different kind of novel (still a fantasy) with a strong female heroine who tames an anti-hero. I came up with some interesting characters and an interesting world with dragons, but I was forcing a plot on these characters instead of listening to them, and even after 3-4 rewrites the story just didn't work.

I laid it aside to work on short stories and magazines articles, but occasionally I would take out the story and try a new angle. I wanted to make it work SO BADLY, but it just wouldn't cooperate.

Then in early 2011 my father was diagnosed with lung cancer, and to distract myself while helping my mother care for him, I gave myself a writing assignment: What if I started with the opening scene and threw away the rest of the book? What would happen if I just let the characters tell me their story instead of forcing an improbable plot upon them?

Nearly 400,000 words later I have one edited and published book (Mercy's Prince), a second with the editor (Mercy's Gift), a third nearly finished (Mercy's Children), and parts of 4 (Mercy's King) & 5 (Mercy's Joy) written and/or outlined. What a difference it made when I listened to my characters! They not only revealed aspects of themselves I never noticed because I wasn't paying attention, they've sent the story into fascinating new places I never would have seen because I was playing chess with 2-D cutouts when I should have been riding alongside on my palfrey with the wind whipping through my hair, eagerly watching the action and listening to my characters' deepest thoughts.

It doesn't matter to me if this book ever becomes a bestseller; I know the market for Christian YA fantasy is not very large. I just want to have enough time to finish the whole story (which will take all five books). 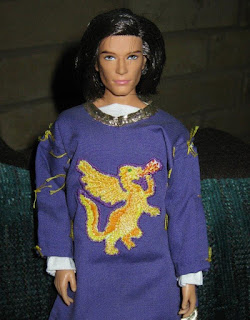 I found this doll on Amazon and made a "royal surcoat" for him, since that garment almost becomes a minor character in Mercy's Prince. It took me forever to embroider the dragon, since my Dad was dying at the time and I would sometimes only be able to make a few stitches at a time. My son teased me that the dragon looked like it was drinking "fire water." That's what happens when you don't know what you're doing and you don't have a pattern! 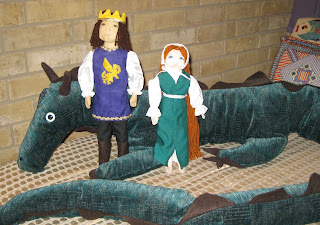 These are sewing projects from two summer sessions with my niece, Holly. We made dragons one year (and I still can't figure out how to attach wings; didn't have a pattern for him, either) and character dolls the next year. Time-consuming, but fun!