Monday Review by the Book Dragon: Exciting conclusion to an urban fantasy trilogy 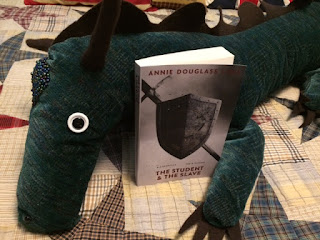 The Book Dragon has finished Annie Douglass Lima's epic Krillonian Chronicles with the third and final book, The Student and the Slave, and gives it 5 claws!

My review: "4.5 stars for the conclusion of this series. At first I wasn't sure I was going to like this book as much as the first two. But as the action unfolded, the suspense grew more and more, and the characters' attempts to make things better were thwarted at every turn. I didn't see how this story could end well! But it was worth it to read to the end and the unexpected resolution. (I did NOT see that coming! Bravo!) A scene where a character is sold into slavery is one of the most masterful examples of tension I've ever read, and a couple of scenes brought tears to my eyes. This story powerfully shows the humiliation of being a slave and how people lose their humanity by treating others as "merchandise." The best part of this entire book, however, was watching the believable transformation of one of the title characters. I recommend reading all three books of this urban fantasy trilogy in order." 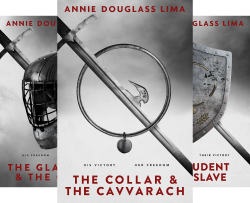